Union Budget 2020 was presented in the Lok Sabha by Finance Minister Nirmala Sitharaman on 1st February 2020. The Budget 2020 is structured around 3 major themes – Aspirational India; economic development for all and a caring Society.

The major focus of Union Budget 2020 is on reviving the Indian Economy in this fiscal through changes in Income Tax Slabs, taxation reforms, policy changes for Real Estate Sector, the resurgence of Automobile Sector, encourage privatization in CPSEs, boost for MSMEs and banking sector reforms amongst the many.

Farmer friendly initiatives such as Agriculture credit target of Rs 15 lakh crore for 2020-21, schemes of “Kisan Rail” and “Krishi Udaan” for a seamless national cold supply chain for perishables; and expansion of PM-KUSUM to provide 20 lakh farmers for setting up stand-alone solar pumps have been introduced in order to strengthen the agriculture sector.

In the health sector, the Budget proposes more than 20,000 empanelled hospitals under PM Jan Arogya Yojana for poor people; and expansion of Jan Aushadhi Kendra Scheme to all districts offering 2000 medicines and 300 surgicals by 2024.

Another major development is proposed in the Infrastructure sector which is set to receive a boost, with 100 more airports by 2024 to support Udaan scheme, and operation of 150 passenger trains to be done through PPP mode.The government has also decided to introduce Apprenticeship Embedded Courses through 150 higher educational institutions by March 2021 and proposed to establish Indian Institute of Heritage and Conservation.

Prof. Sanjeev Parashar, Dean Academics at IIM Raipur, commented that “the budget seems to be balanced despite of multi-pronged challenges.

The pivot of the budget is on generation of employment and inclusive growth through increased expenditure on rural economy, infrastructure and MSMEs. With16 steps for improving the conditions ofagriculture and irrigation, government has allocated about 5% of the total budget to these activities.

Thus, the budget for rural economy is about 10% of the total budget. The steps include optimized use of fertilizers, organic farming will lead to general wellness and utilization of technology like ‘Kusum’ which will help farmers utilize their barren lands to produce power through solar panels and will in turn increase the incomes.

Infrastructure support to farming sector has also been emphasized through introduction of Kisan Rail and Krishi Udan for facilitating easy market access, both national and international. The budget also provides for viability gap funding for setting up warehouses at block/taluka level and self-help groups (SHGs) will contribute to village storage systems and the traditional concept of ‘Dhanyalakshmi’ has been emphasized. These SHGs will be financed through MUDRA and NABARD.

Bandwidth of NABARD has also been increased where it is mandated to refinance INR 15 lakh crore. The budget with the support of state governments also propose for formation of horticulture clusters at district levels.

Prof. Satyasiba Das, Associate Professor in Strategy Department at IIM Raipur, appreciated the government allocation of Rs 99300 Crore to education welfare. He expressed that this could pave wave to new education policy and so as the investment in energy and renewable sectors were also commended.

Prof. Vaibhav Lalwani, faculty of Finance and Accounts Department at IIM Raipur stated that this year’s budget is particularly youth, knowledge and technology centric. He further added that “major highlight has been the policies that aim to increase the participation of private sector in erstwhile public spaces. Introduction of the PPP model in logistics, healthcare and transport among other sectors has great potential for job creation as well as long term economic development.

The budget also shows strong commitment from the government towards the empowerment of farmers in all agricultural segments”.

Prof. Jagrook Dawra, Professor in Marketing Department at IIM Raipur, being appreciative of the announced budget said that “There is an effort to revive the economy by giving more purchasing power to the middle class. Income tax reforms are a welcome step.There is a genuine effort to help start ups and small entrepreneurs- they will now have easier access to loans and funds.

India’s commitment to world’s environment protection is further strengthened through the allocation of Rs. 22000 crores for power and renewable energy. She lays stress on shutting down on thermal plants if they don’t meet emission norms. This is a very responsible thing to do.” Prof. Ankita Chabbra, faculty in Strategy at IIM Raipur, talking about the unio budget said that “this budget seems to be in line with Make in India, E-governance, Digitalization and Decentralization agenda of the Current Government Manifesto.

Trillions of rupees committed towards building infrastructure and improving logistics within India should help the government to address job concerns. Numerous tax cuts, increased customs duty on imported goods, connecting Gram Panchayats with Bharat Net should improve the standard of life for common janta. There is also a futuristic thought to prepare India for the next generation such as provision for 8000 crores to be spent on Quantum technology, 600 crores on Bharat Net and connecting 1 lakh Gram Panchayats, 100 more airports to be developed by 2024, 200 kms of Strategic highways, 103 lakh crores of National infrastructure Pipeline.

Despite of seemingly good policies towards the Indian Industry, Sensex reacted negatively this morning as implementing these ambitious policies will be extremely hard.”

Prof. M Kannadasan, Associate Professor in Finance and Accounts Department at IIM Raipur, similarly had a positive outlook and said that this is an aspirational budget. Further elaborating on it, he said “The impetus to increasing consumption by reducing personal taxes, the road map for job creation through corporate tax reforms, new education policy, national logistics policy, renewal energy in agriculture, irrigation, and rural development are the positive aspects of the budget.

Besides, the digital revolution and inclusive growth will enable and sustain governance. The abolition of the Dividend Distribution Tax (DDT) will boost foreign investments in India. Disinvestment and privatisation execution will play an essential role in meeting the fiscal deficit and achieving economic growth.”
The students shared similar views on the budget.

Deep Gheewala, a first year student at IIM Raipur, key highlights of the budget were 16 action point plan for the goal of doubling farmers’ income by 2022,steps to boost investment like abolishing DDT and additional tax benefits for startups and MSMEs. Reduced tax rates will act as a step towards boosting consumption but it’ll also discourage investment in ELSS, life insurances and ULIPs. The revised fiscal deficit target of 3.8% for FY2020 will greatly depend upon tax revenue growth and reaching divestment targets,

Abhishek Rathi, another first year student at IIM Raipur, was similarly appreciative of the budget and stated that this was a very balanced budget with focus given to boost consumption expenditure, removing DDT, Removed 70 of 100 income tax exemptions, build physical infrastructure along with high impetus to social infrastructures like health and education. with its due commitment towards achieving its goal of doubling farmers income and rural development and ensuring stability in financial sector and simultaneously maintaining security and safety of environment as its primary objective.

Chirag Gupte, a second year student elucidated that this budget brings with it changes in income tax slabs, removal of many exemptions and deductions rules to ensure greater tax compliance, and updates in tax payments by Startups and MSMEs among other amendments.
Vatsal Garg, another second-year student elucidated that this budget will boost growth, investment, purchasing power and jobs. But I think, there was no “Big Bang” in the budget which will give us higher growth. Although, good things are there in the budget which includes removal of DDT (Dividend Distribution Tax), new tax slabs for income tax and changes in how foreign investors or NRIs can invest in corporate bonds. 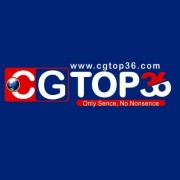 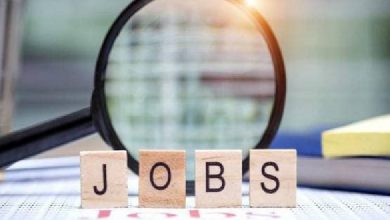 Copyright All right reserved by the first click ventures, Disclaimer : News published in other website with similar prefix i.e.cgtop36 portal by using other top level domain like .com, .org etc or any other sub domain with similar prefix is not having any connection with www.cgtop36.com as well as The First Click Ventures.

This widget requries the Arqam Lite Plugin, You can install it from the Theme settings menu > Install Plugins.